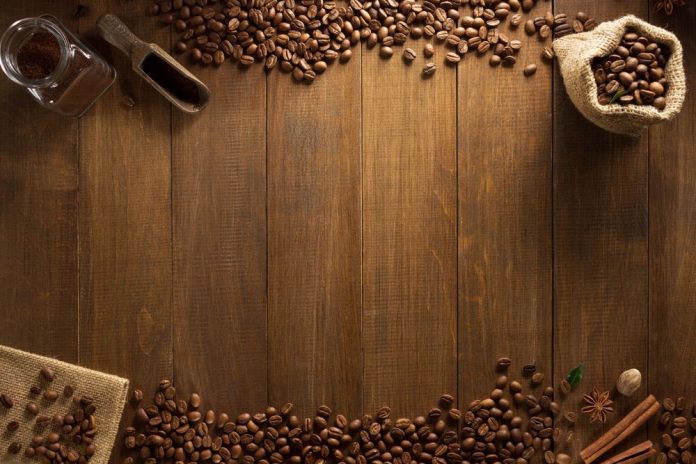 Have you, like so many others, started looking for ways to improve your health? Well, you’ve probably already tried the normal things like eating fruits and vegetables, taking vitamins and even exercising. One thing you may not have thought about is eating coffee beans, which is actually an incredible benefit when it comes to a number of different aspects of your health.

We’ll talk about several of them, but you’re definitely going to want to start adding some coffee beans to your diet when you find out that it’s not just about keeping you awake, but real changes to your health, including reducing your risk of cardiovascular disease and cancer.

What You Really Need to Know?

Most of what you need to know can actually be found right here, but make sure you’re checking out some of the other facts as well and keep in mind that drinking coffee and eating the beans provides you with a lot of the same benefits. Eating them just gives you these benefits to a higher degree.

1. Eating the Beans is More Effective

Did you know that people never actually used to drink coffee? They actually only used to eat the beans and they did it to help get the increased energy. When you make a cup of coffee what are you doing? You are basically pouring hot water over the top of the beans or even over the ground up beans to get the flavor, right? Well, that actually takes away from the effectiveness that they have for an energy compound and you actually end up with less than you would get the other way.

Now, a lot of people decided to start drinking coffee rather than eating the beans because the beans themselves are pretty strong and can be quite bitter. But if you’re really looking for results that’s where you want to be. You don’t have to worry about what the water is washing into your cup (through a filter to remember). 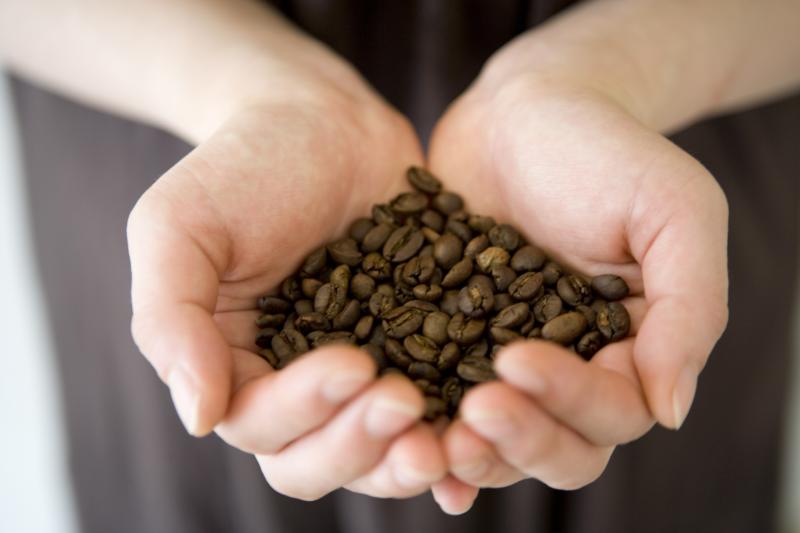 You actually get absolutely everything that makes up that coffee bean, which provides all the other benefits we’ll talk about in a minute, and the energy that is the primary reason you drink coffee. Why would you even want to waste those healthy coffee beans on making a beverage after this?

How many times have you headed to the gym and felt sore after a workout? It happens to pretty much everyone, right? Have you ever thought about drinking coffee before a workout? Most hardcore people or even casual gym goers don’t think about coffee as a good ‘before workout’ drink because of the energy aspect. The truth is that it actually helps you feel less sore in the long run, even after a hard workout it can drop your soreness by up to 48%.

That means you’ll be able to put in a good workout and won’t have to worry so much about the recovery period after it’s all over. The thing about coffee is that it includes caffeine (which of course you knew) but that caffeine can actually do a whole lot of things other than just giving you energy (which it’s known for). It can also help to block adenosine, a naturally occurring compound in the body that occurs when you have inflammation in the muscles.

When caffeine blocks this compound it keeps you from feeling or recognizing the pain or soreness that goes with the inflammation. So you’ll still have that inflammation (which is what causes your muscles to increase in size) but you’re not going to feel it, which is definitely a benefit for continuing to work out. Just make sure not feeling the pain doesn’t make you overdo it. 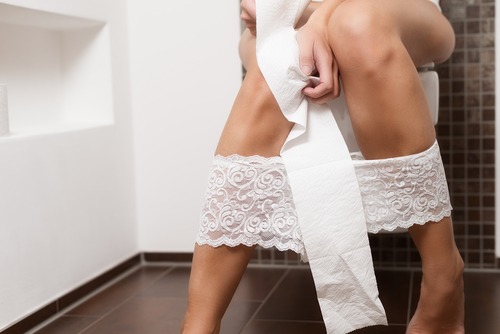 Another benefit (if you need it anyway) of coffee beans is the enzymes that are built right in. Keep in mind that these things are all natural and that means you’re not going to have to take a lot of extra medications or even over the counter products. The enzymes that occur in coffee help to stimulate bowel contractions. This means that you’re going to get a great laxative effect and you’re going to get it fast, too.

No more waiting around for those other medications to work or even buying a range of different medications to get something that will work in the first place. Even better? You don’t have to drink regular, caffeinated coffee in order to get those benefits. Even the decaffeinated coffee beans have these enzymes and that means you can get the laxative benefit without having to worry about all that caffeine in your system at the same time.

It’s definitely a benefit for those who don’t like that sometimes jittery feeling you get when you have a little bit too much caffeine all at the same time but do need a little help with constipation that seems impossible to get rid of (or that you don’t want harsh medications for). 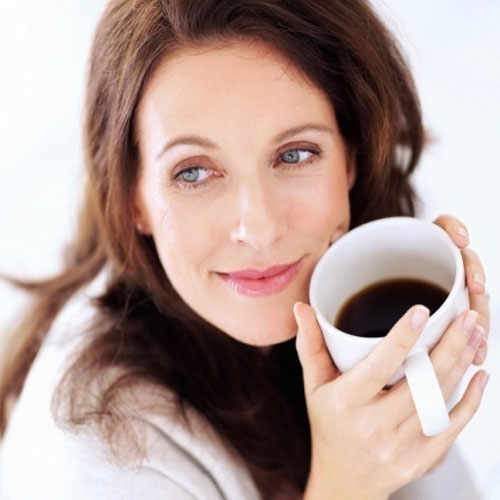 There are actually a number of antioxidants that are built right into your coffee beans and, unfortunately, when you brew your coffee you’re actually leaving them behind. The Journal of Agriculture and Food Chemistry did a study on the coffee that you’re leaving behind in the filter when you brew that pot and found that large amounts of antioxidants are being left there instead of being passed on to that cup of coffee that you drink.

By eating the beans instead, you’re going to get absolutely all of those antioxidants instead of leaving them in the filter, which means more benefits for you. But what exactly are those antioxidants? Well, they’re amazing and they’re going to help you live a longer and healthier life. Antioxidants get rid of something called free radicals that show up in your bloodstream.

Getting rid of them helps you prevent cardiovascular disease, cognitive problems, immune dysfunction and even cancer. That’s definitely something you’re going to want and, surprisingly, coffee is the absolute best source of the antioxidants that can do this in the entire country. You can’t get anything better (at least not naturally) or anything more likely to keep you around for your family.

If you’ve ever been to college or had an important project coming up for work or even just had a really long day with the kids, you’ve probably drunk coffee to help you stay awake and feel ready for the day when you were actually completely worn out, but did you know that coffee does more than just keep you awake? It actually helps improve your ability to think and your mental alertness.

It’s not just going to help you keep your eyes open, you’re actually going to have a better ability to understand what’s going on around you and to react appropriately or even write that paper you’ve been putting off. Beyond just helping with your thinking in general, however, it has no problem helping you after you’ve been straining your mind (like working on that paper for three hours at 2.am) and it can improve your motor skills at the same time.

That means you’re not just going to improve thinking of getting your intellectual pursuits accomplished, but you’re also going to have no problem getting more physical pursuits taken care of as well. That’s going to make sure that you are able to keep going with any task that you might set for yourself, with just a few coffee beans.

Because coffee beans are full of fiber they’re actually great as a diet aid as well, without you feeling like you’re missing out on something like with most diets. The beans are filled with a whole lot of fiber that gets absorbed by your body. When this happens, it helps with constipation (as we already mentioned above) but it also helps with weight control and your overall healthy diet at the same time, which is a double bonus that you’re going to want to pay attention to.

Fiber absorbs the water that is in your digestive tract, this helps to fill your body and you feel like you’ve eaten more than you actually have. The absorption of that water starts right away and by just eating a few beans you’re going to eat less of the other foods you take in throughout the day. That means it’s going to give you all the other benefits we mentioned here, while also keeping you from snacking as much and keeping you from putting on excess weight that you definitely don’t want. What could be better for you than that?

So what did you think about eating coffee beans? Are you going to give it a try for yourself and see how it affects your health? We definitely want to hear about it so let us know what you think and make sure that you’re really at least considering it. You never know what coffee beans could really do for you if you give them a chance. So don’t keep drinking your coffee and ignoring the great aspects of actually eating the beans themselves. Let us know what you think in the comments section and make sure to share this with your friends and family too.

P.s: This article has contribution of John, a blogger from www.kneesleevesreviews.com. Visit his latest reviews - Best Knee Sleeves Reviews on the market

How Homeowners Can Choose The Right Roof For Their Home

What Is the Importance of a Hydrated Lime SDS?

How To Make Delicious Smoothies In Ninja Blender (Recipes Included)

Tiny Black Eggs On Plant Leaves – Focus On Signs Of...

Saltwater vs Freshwater Aquarium: Which Is Right for You?

How to Remove Thinset in 4 Easy Ways?

How Homeowners Can Choose The Right Roof For Their Home

How To Clean Temporary Wallpapers

What Is the Importance of a Hydrated Lime SDS?

How To Make Delicious Smoothies In Ninja Blender (Recipes Included)