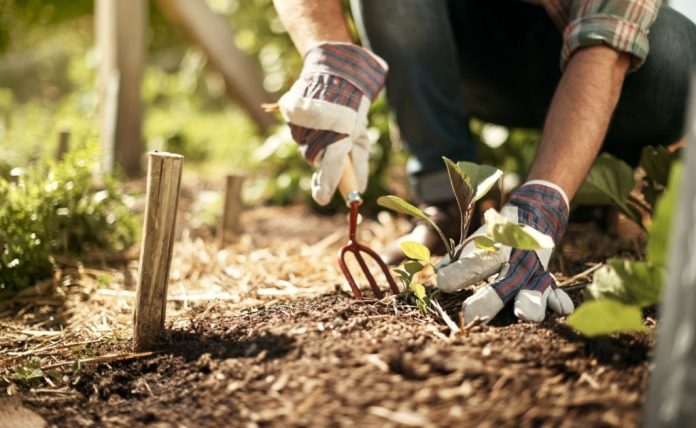 There probably isn’t anyone, anywhere who isn’t aware of at least some of the benefits of trees. Not only are they beautiful to look at, but they are also wonderful to hang out under on a hot summer day.

Trees also produce oxygen, which cleans the air and sequesters carbon dioxide (CO2), reducing the number of greenhouse gasses in the atmosphere. Unfortunately, there are also things we do to trees that can be detrimental to their health. Read over this list to be sure you are up to date on tree health care make sure you aren’t doing things inadvertently to harm your trees.

To Much Guying or Staking of a Tree

Both guying and staking a tree have benefits to the long-term health of a tree, but most trees don’t need the support, and if they do they only need it for a short period of time. Left too long, guying and staking can cause abnormal growth of a trunk, bark damage, girdling, and result in a tree becoming too top-heavy.

Many tree owners insist that girdling, the wrapping of the bottom of a tree with plastic or metal, is good for a tree’s health. Girdling comes from the idea that lawnmowers and weed whackers can cause damage, but in truth, it is the girdling that does more damage than either of these. Girdling actually strangles a tree’s growth, resulting in a slow death. A tree is much better protected by surrounding the base of a tree with mulch, which will prevent weeds from growing and help to retain moisture.

Putting Mulch Too Close to the Trunk of a Tree

Adding mulch at the bottom of a tree can benefit its health by preventing weeds and retaining moisture. Unfortunately, too much mulch too close to the base of a tree can also cause a tree to suffocate. Most experts agree that, to prevent this, mulch should be kept at least six inches away from the trunk of a young tree and a foot or more from the trunk of a more mature tree.

Using Nails or Screws to Hang Bird Feeders and Houses

Anything that is foreign to a tree that is used to penetrate the bark will put the tree at risk for both insect infestation and disease. Screws or nails used to secure anything to a tree can also damage the cambium, which is the area directly underneath the bark. This is where cells needed for growth divide and increase the girth of the tree. Screws and nails that are used on a tree often remain there, which presents a danger after the tree grows around them, increasing the likelihood that an ax or a chainsaw in the future could cause an injury to anyone who hits it.

Securing Your Dog to a Tree

Tying your dog to a tree might seem like a harmless way to secure your pet, but it can seriously damage the bark of a tree. A dog may spend time tugging on a chain or rope, which in turn rubs against the bank and causes it to fall away, inviting disease and insects to invade.

One of the most important things to know about how to take care of your trees is avoiding doing the things that can hurt it. Now you have five things you can avoid doing to encourage a long life in your trees.

The Main Benefits of Hiring a Lawn Service Company in Yukon, OK

The Benefits of Removing Weeds From Your Garden With These Tools

5 Ways to Use Sand in Landscaping Projects

What Filter System, If Any, Removes Fluoride From Tap Water?

How Often Should You Clean Everything in Your House?

What Are the Home Improvement Ideas for Small Houses?

How to Use an Ozone Generator in a Car?