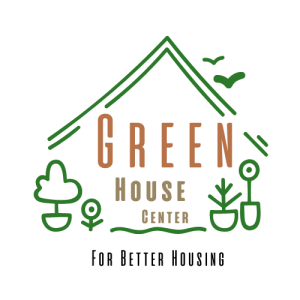 How to find out a clogged catalytic converter

Next, you can smell sulfur when your catalytic converter gets clogged. That gas is called “rotten egg” gas. It’s the formation of hydrogen sulfide (H2S). As a catalytic converter doesn’t work correctly, it cannot solve pollutants and can release this gas. Moreover, ammonia (NH3) odor is also a sign of poor catalyst function.

You should notice the catalytic converter’s housing. An internal leakage or overheating can happen if it is discolored or warped.

Noise is a warning sign. It’s supposed to be a broken catalyst if you hear noise when starting the engine.

If you don’t have the catalytic converter tested periodically, you won’t find out problems. It’s good to conduct annual or semi-annual emissions tests to realize issues as soon as possible.

Read more tips to improve your house: How To Deal With Crack In Basement Wall Leaking Water?

Methods to unclog a catalytic converter

People apply this method to solve a few automotive problems from lack of heat. If a driver doesn’t push his vehicle rugged enough to heat the catalytic converter, it can be out of order sooner.  The range of the most-efficient temperature is between 800 °F (426 °C) and 1,832 °F (1,000 °C). This method is simple to follow.

You should run a vehicle harder for several miles. The high temperature will burn off performance-robbing deposits in the cylinder head, oxygen sensors, intake, exhaust, and catalytic converter.

In your next refuel, you should try to add one gallon of lacquer thinner to ten gallons of gas. This may help eliminate the accumulation of solids in the catalytic converter. Combining this method with the “Italian Tune-Up” method is a good idea.

How to Make Your Catalytic Converter Last Longer

Copyright Note: © GreenhouseCenter, since 2020. Unauthorized use and/or duplication of this material without express and written permission from this site’s author and/or owner is strictly prohibited. Excerpts and links may be used, provided that full and clear credit is given to Jon Rowland and GreenhouseCenter.net with appropriate and specific direction to the original content.

A Guide On How To Buy A Modular Home

5 Reasons Why You Need To Hire An Underpinning Contractor

What is Linen? Everything You Need to Know About Linen

A Guide On How To Buy A Modular Home

5 Ways To Ensure Your Vehicle Is Always Safe

5 Reasons Why You Need To Hire An Underpinning Contractor

Planning a Trip to Miami: DOs and DON’Ts