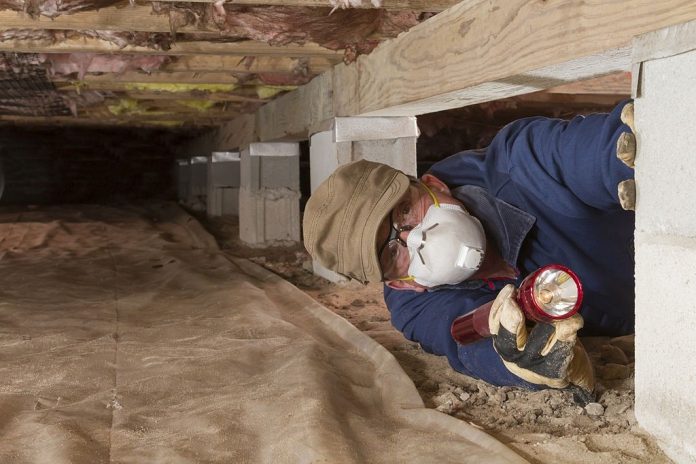 If you’re like most homeowners, you probably don’t think of your crawl space almost at all. Some homeowners aren’t even sure whether they have one. However, it’s extremely important to inspect your crawl space pretty regularly, whether on your own or through the use of a contractor. Otherwise, you could run into some of these problems.

Animal problems are actually fairly common in crawl spaces. That’s because animals are very good at getting into small spaces, especially if you haven’t taken the time to encapsulate your crawl space. You could have any of these animal issues:

The biggest giveaway of animal issues will be the sounds coming from under your home. If you start to hear scratching or animal noises from underneath your home, it’s essential that you call a contractor as soon as possible to get rid of the problem.

What about plants? Although you probably wouldn’t think that plants could be just as dangerous as animals, they actually can be. Plants can cause serious issues in your crawl space. An uninspected crawl space could be having any of these plant problems:

Mold can have serious health consequences, even if it’s not considered “toxic,” and invasive plant species can grow underneath your home and start to crack the foundation. Catching these problems early is key to avoiding a problem with your health or your foundation.

It’s true that these are exceedingly rare to find in a home, and generally only occur if you’re into some shady business as well. Still, the very thought that you might be harboring one or many of these things in your crawl space should be enough to contact a contractor to make sure.

This is mostly common in historical areas, like London or the New England coast. Experts estimate that a shocking amount of unexploded artillery and other war memorabilia could still be buried under many homes in these historical areas. You might have the displeasure of unearthing some of these things:

Learning about history can be very interesting, but it’s much less interesting when you’re learning about something terrible that happened in the home you now live in. Anyone who lives in an old home in a historical area should definitely invest in a thorough crawl space inspection just to be safe.

It’s up to you how you want to deal with potential ghosts in your home. However, it’s important to note that you should always check for structural problems before deciding that randomly swinging doors and creaking floors are a sign of a haunting.

Of all the creepy problems you might be facing, this could be the creepiest. That’s because it’s also the most common, happening in a frightening number of homes. Many people unfortunately ignore the signs of structural damage before it’s too late, resulting in serious home damage.

If you’re willing to commit to regular crawl space inspections, you can avoid the issue of a structural failure. Instead, you’ll get information about the current state of your crawl space and how you can make your problems better.

The Advantages Of Having A Concrete Driveway

What Are the Options For Building Backyard Decks?

Basement Window Types – How to Choose The Best One?

How To Clean Up Overgrown Backyard For A Desired One? –...

Top 10 Tips For Getting A Good Night’s Sleep

Services That A Professional Moving Company Will Provide

How To Soften Cream Cheese

How to Clean Your Home Effectively (with Checklist)

5 Ways to Use Pastel Colours Into Your Home

5 Tips to Improve Your Corporate Sustainability